Architecture – The Results, by Peter Wells

I was really looking forward to seeing the entries for this month’s competition as I love to photograph interesting architecture. I hoped to see some creativity, new locations and new ideas.

Amongst the entries were some I had seen before of the usual popular locations, the Leeds Corn Market and the British Museum.

There were however a few “new” images creatively seen and taken and also very well processed under difficult conditions which I applaud.

My highly commended goes to “Wentworth Church” – A very well processed interior shot, possibly taken with HDR as the highlights in the window right through to the shadows all have loads of detail. It well positioned symmetrically in the frame. Just a shame the author didn’t correct the converging verticals which is so easy to do and also maybe cropped something off the bottom of the image.

In third place is “University of Huddersfield” – really tricky night shot but the author has managed to retain so much detail in the stonework. The lights aren’t blown out and the shape of the building fits so well in the frame. The tree in the foreground gives a good depth of field. I just wish the author had darkened out the small light building on the lower left side as it is slightly distracting.

In second place, but only a short head behind the winner, is “Up the Shard”. A really well executed image with plenty of detail in the shadow areas. This is so difficult to do well shooting up towards the sky. I love the way the building line takes you up into the image. My only suggestion might be to swap the sky for a “less busy” one as the current sky is, in my opinion, fighting for the viewers attention against the complexity of the building itself! I might also have increased the contrast slightly on the building too.

In top slot by a very narrow margin is “The Point”. Not dissimilar to the image in second place in many ways. I liked the three different facades of the buildings, matte, reflective and textured. Three is always a good number of subjects in an image too. The dynamic range has been very well handled with loads of detail everywhere. The composition is very good with the lines taking us up into the image. A great image. Well done! 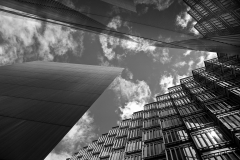 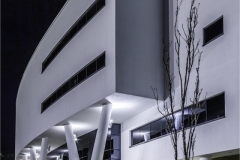 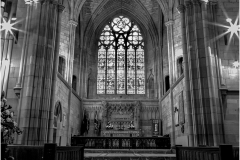 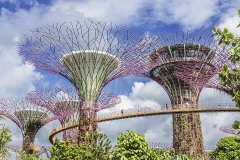 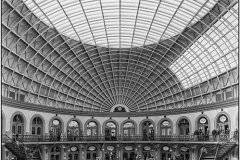 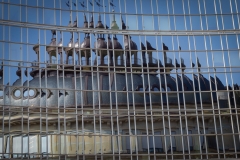 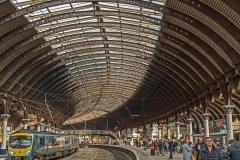 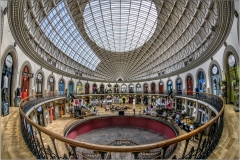 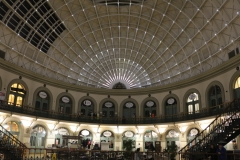 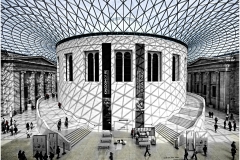 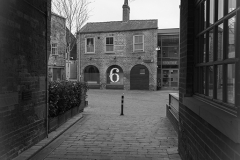 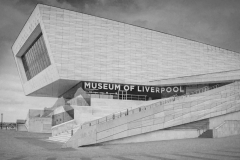 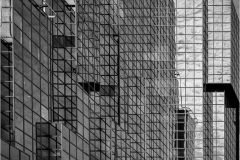