↓ Skip to Main Content
Home › News › Me, Myself, I – Self-Portraits are the order of the day in July’s Online Competition

Me, Myself, I – Self-Portraits are the order of the day in July’s Online Competition

The subject for the July online was “Self Portrait” which could be interpreted in any way the entrant saw fit and there was a lot of creativity on show. The number of entries was a bit down but maybe our members are a bashful lot. I didn’t expect it but humour came into it quite a bit so we don’t take ourselves too seriously. Reporting it is a bit different this month. As I won last month’s online I was the judge. Normally the judge doesn’t see the names but I couldn’t avoid it, but I thought it wouldn’t matter as I would recognise the self-portraits (although one or two entrants made that rather difficult!). So I haven’t posted a gallery of anonymous entrants and I’ve decided to do everything in one. Here we go.

Seaside Sal – Love the idea and execution is great. Takes me back to the sixties in some way. It may not actually show the face as such but it tells you quite a bit about the person. I like the vibrancy and the general upbeat feel of the image.
Leonardo’s Finest Work – It took me quite a time and a lot of looking to see the self-portrait, which in this case is a complement. The author has done very well to create the same colour and style to match the other subjects in the image. Only the smile and the different direction of the gaze gave it away. I really like the sense of humour. How far it works as a self-portrait I’m not so sure – would anyone who doesn’t know the author get it?
Look No Glasses – A straightforward self-portrait but beautifully executed. The background (maybe put in afterwards in the processing of the image) blends in really well. The slightly soft-focus treatment gives it a dreamy feel and the lighting is great. The turn of the head for the eyes to look straight down the lens really captures the attention.
With Age Comes Wisdom – A good shot with some character on display. The subject’s head is very close to the top of the frame and is therefore a little away from where the viewer naturally looks. The bright shirt grabs the attention more than the face – or maybe that’s the point. I think the pint in front at the bottom of the image should either have ben cropped out or included in full as it is a little distracting as it is.
Self Portrait (Harry) – What can you say about this? Great lighting, great pose, positioned perfectly in the frame with plenty of space to look into, very sharp and a beautiful mono treatment. It grabbed me immediately I opened the image. A classic self-portrait.
Self-Portrait Of Me – Very striking and very imaginative processing. If the aim was to create an arresting image then job most certainly done. The author has created almost an alien without losing the essentials of the person’s face. Personally I found the vibrancy of the blue and the amount of texture took attention away from the face itself.
Personal Reflection Or Serious Warning – There is an almost ghostly reflection in the window but it’s almost too faint to make out. I like the idea implied by the title but I think more needed making of the figure itself to relate to the signage. Does the text on the window relate to the person or the title in any way? Not sure.
Self-Portrait (Neil) – I really liked this one from the off. It shows imagination and skill. The high key treatment isolates the portrait and really works. It shows real emotion and I can readily identify times when I felt the same! It’s original and the softness of the treatment works as a contrast to the feelings being displayed.
The Weekend Job – Captain Bilton to the bridge! Fun but really well executed. As with the “Leonardo” entry the lighting and scale have been carefully done to match the rest of the image. The expression is “commanding” and in keeping with the rest of the crew. Again, like Peter’s you have to know the person to realise which is the self-portrait (or know the cast of Star Trek).
Much Better With Mustard – One of the few “straightforward” portraits (are members afraid of showing their faces?) The angle of the head and the position in the frame certainly grab the attention. The tight cropping helps to make the viewer feel that they are there with the subject. The light areas in the background and the light shirt almost frame the face rather than distract from it. It’s good and sharp in all the right places. I’m not really sure about the hot dog(?). Is the mustard in the title a comment about the person or the food?

It’s actually quite tough being a judge, as previous winners of the Online Competition have found. It certainly makes you a bit more open to other judge’s comments. How to pick a winner – objective technical appraisal, personal tastes or your response to the image? Well I’ve tried to combine all three but probably unsuccessfully. Here we go. 3rd place was really difficult between Sally Sallett with “Seaside Sal” and Angela Crutchley-Rhodes’ “Look No Glasses”. In the end I’ve bottled out and given them equal 3rd – they’re so different that comparison is almost impossible. In second place was  Neil Clarke’s “Self Portrait” and the winner ….  is Harry Wentworth with “Self Portrait”. In reality they were all very, very close. After this experience I’ll take care to come second in future! 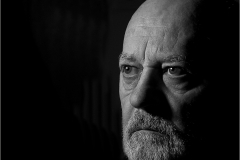 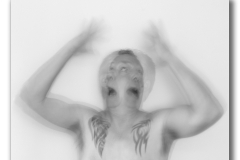 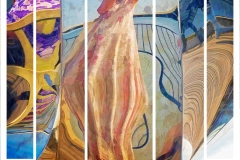 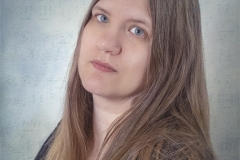 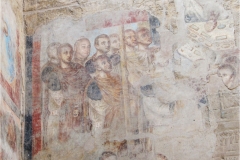 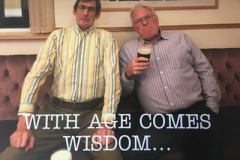 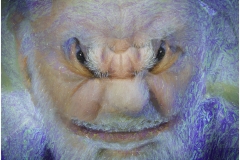 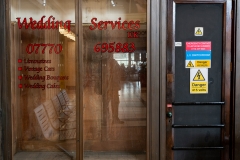 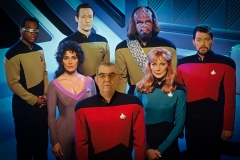 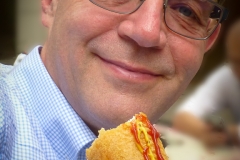 I had identified a couple of images for my own entry until I won June’s competition but I’m putting them here for the record and I know, having seen the actual entries, they would have come nowhere! 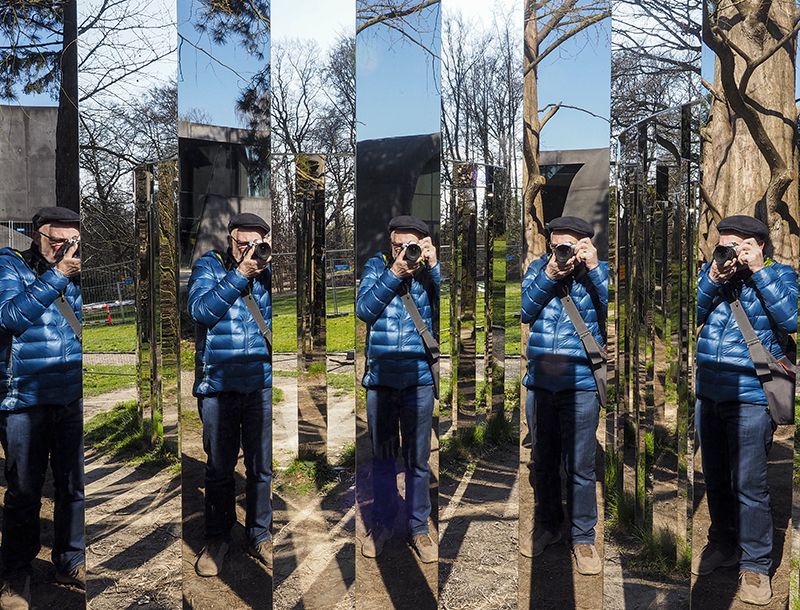 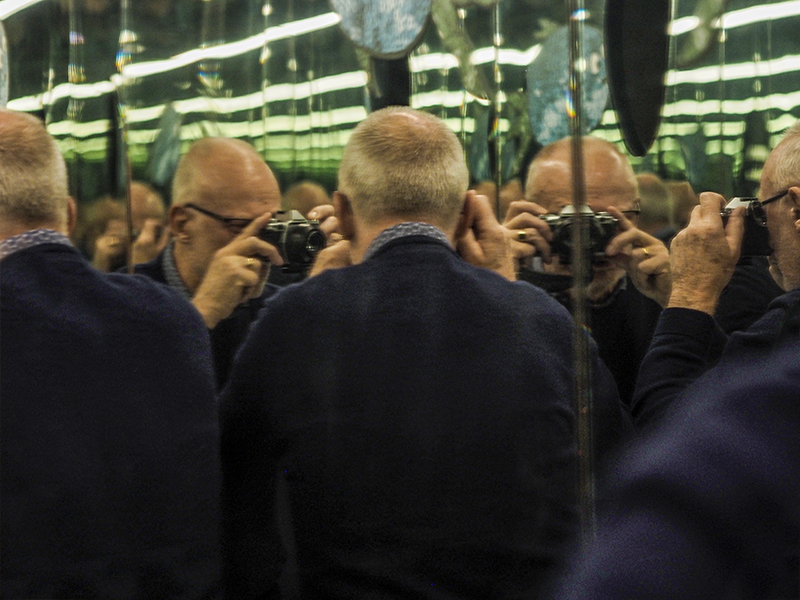 There’s Always A Photographer In The Way

Enough of this self love. Let’s look forward to August when the theme is “Nature” which gives everyone enormous scope and probably a headache for Harry who will be judging it.